Sailbleu shows how to reinforce the deck on his SO 40DS

Maybe it's worthwhile to bring this topic under attention again, because the contribution of some fellow posters in it was the incentive for my solution on how to fix a forestay to the deck.

It's not just a matter of hooking it up , without reinforcement you could rip the deck straight off. Clearly no option.
At first I thought the use of a tie down to the bow would be inevitable .That would take the strain away from the deck.
That tie down running through the front cabin was not an appealing prospect. But the manner how Jeanneau installs such a stay was/is indeed innovative. Let me show how I copied that. 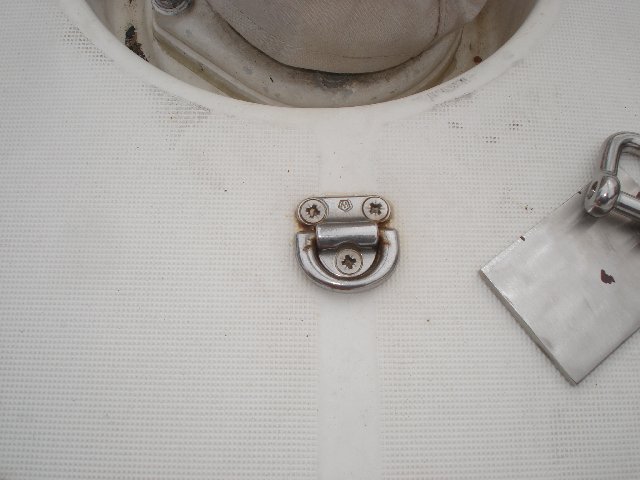 This is the spot on top of the deck where the stay has to be fixed. Obviously this ring was not up to the task. 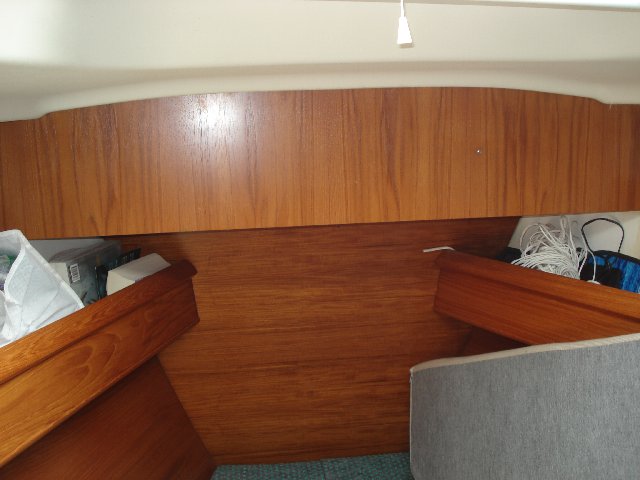 View of the front cabin, imagine a tie down in plain sight.

That tie down would go all the way down. Strong but ugly. 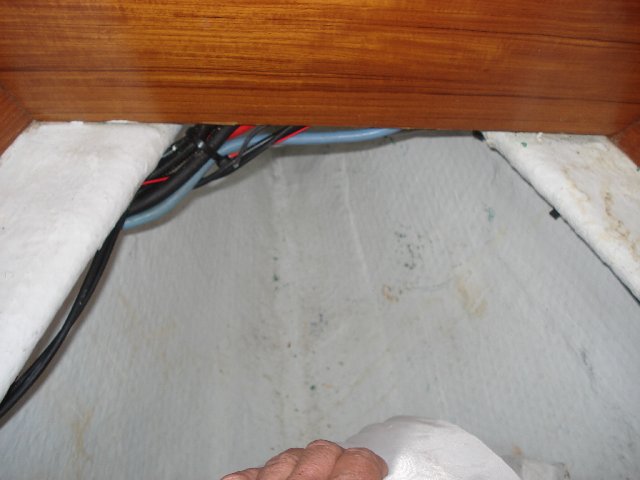 Once the topcover is off things become clear. Notice the black arrow that indicates a polyester strip that needs to be ground off in order to allow the square profile to get in between. 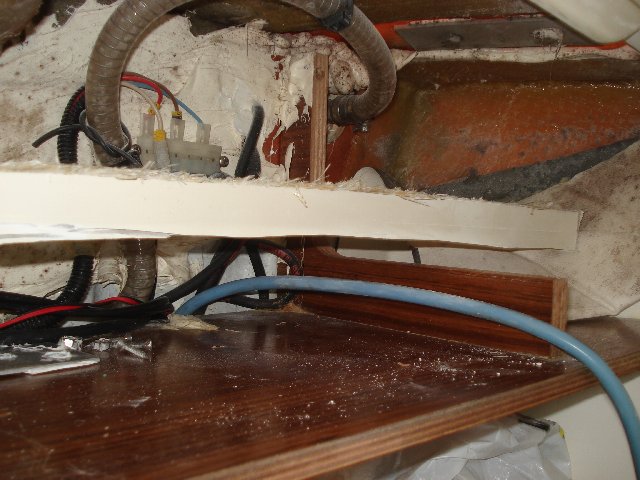 The grinding as you all know was a mess , but plastifying and a vacuum cleaner inside the grinding area was adequate. 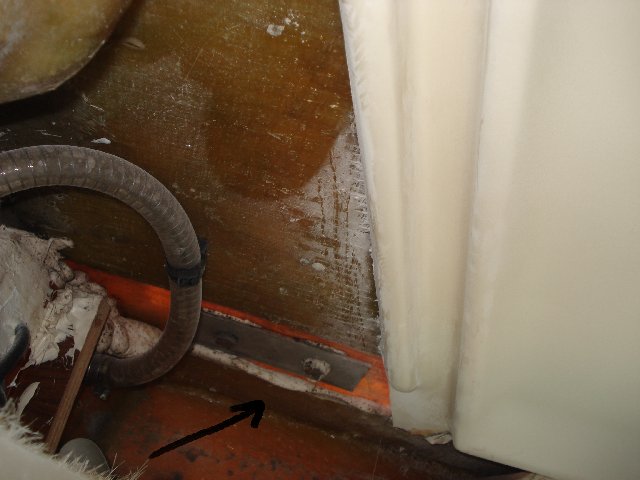 This is what it's all about. Again look at the black arrow , that horizontal edge is part of the hull.
On that edge the deck is glued , that's the location Jeanneau uses to support the backplate. Be it in the bow ( see pics other topic)
I'm confident that is strong enough to hold the ends of the square profile I used. 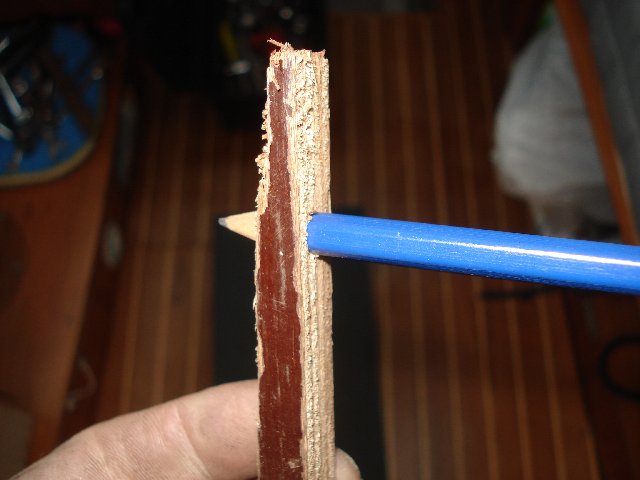 Now because the deck is slightly curved I wanted to copy that curve onto a template and transmit that shape to the square profile that was ready to be bent. I cut a thin hardboard lath and used this gimmick to project the deckcurve. 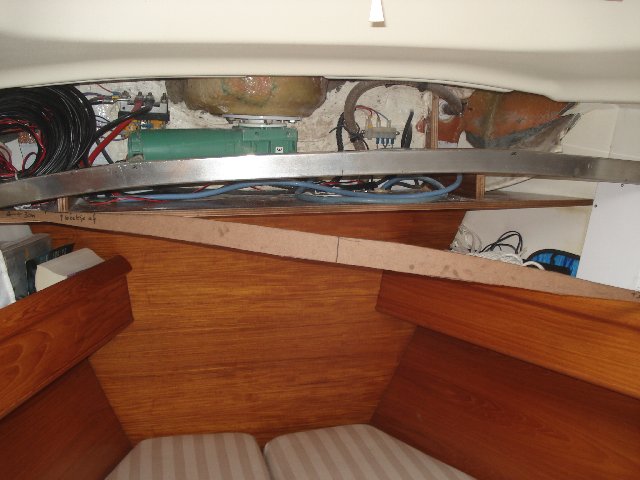 To give you an idea how it came to pass. 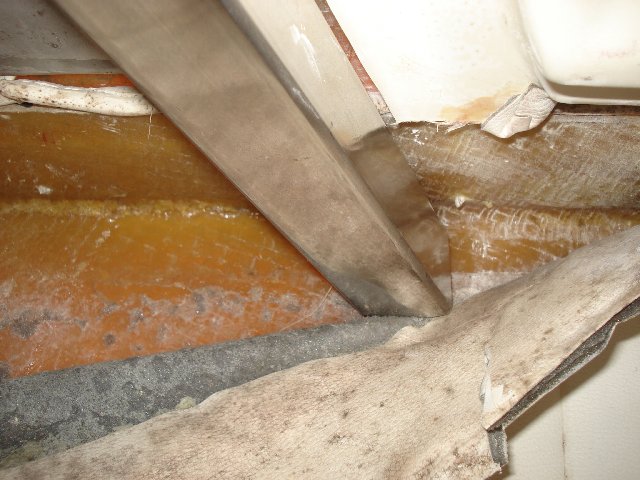 Starboard side was OK. 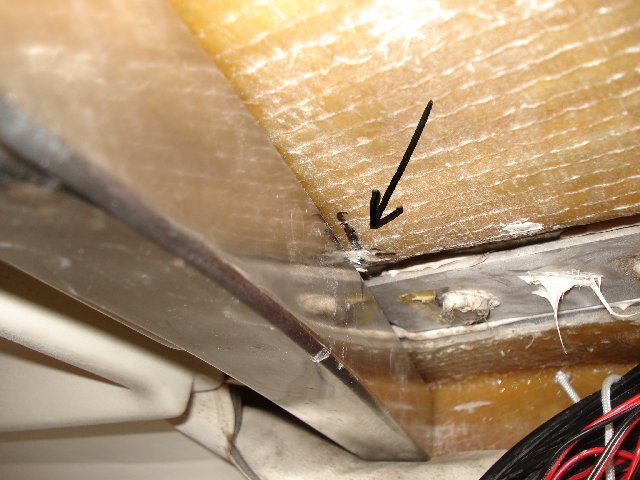 Port did not follow suit. A bump or irregularity prevented the end of the profile to touch the edge. 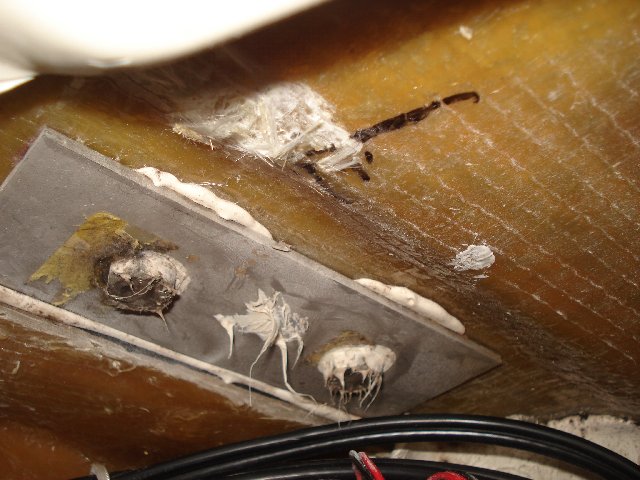 I tried to chisel it away but it was plain as day I would have to chisel all the way through the deck to get it right.
So that needed a different approach. 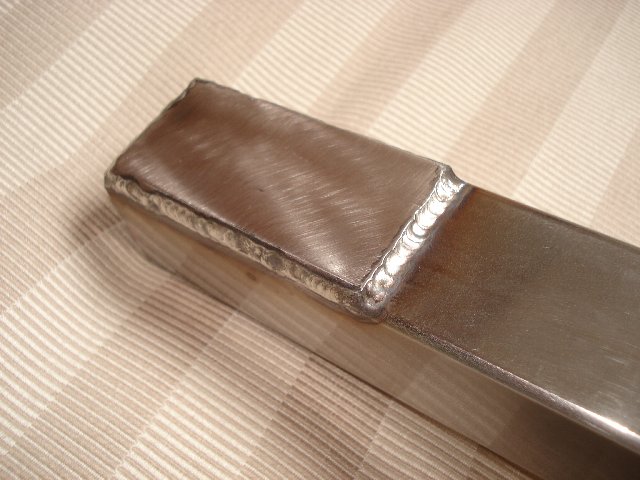 A small plate welded on top of the profile did the job. 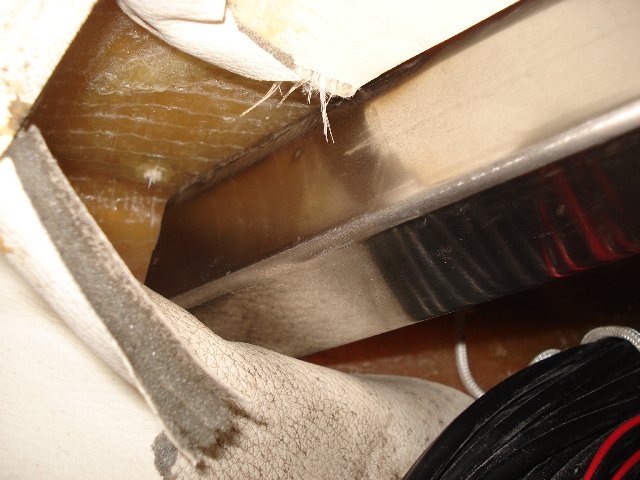 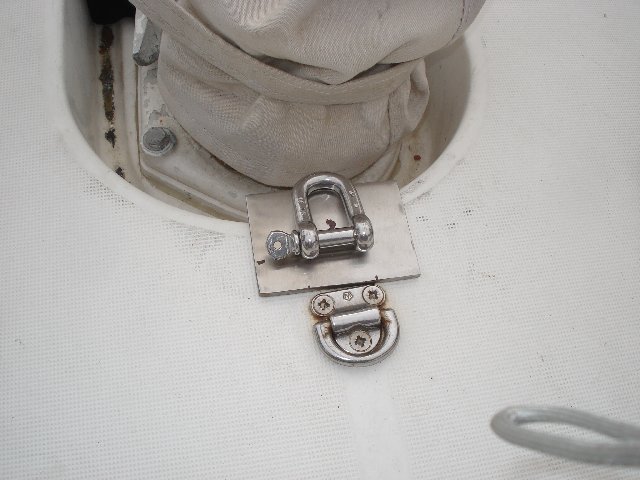 As I mentioned before , the existing ring wasn't man enough for the task , so an upgrade was called for. 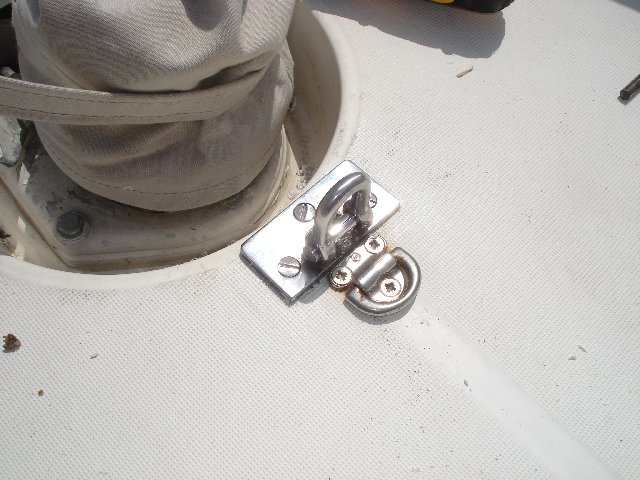 And why buy one if you can make one yourself. You know my philosophy 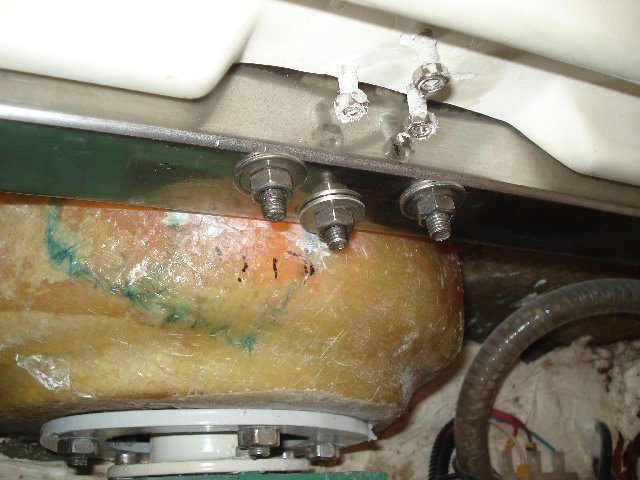 By tightning the bolts very firm I made sure the profile was/is under tension so the deckring would not be lifted off the deck when tension is on the innerstay. 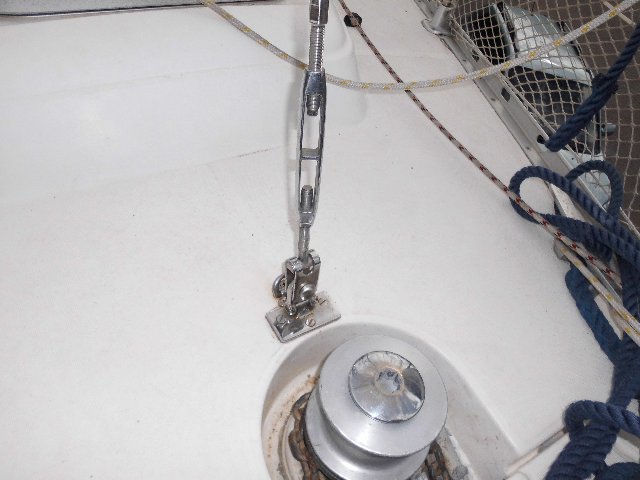 I used an old stay that I had/have lying here due to rigging replacement on my boat last winter. I cut it to the right length and had a thread terminal pressed on. The inner stay is ready to receive a high aspect sail now.

I sailed through this summer , everything is OK , but one remark though. Tacking the genoa isn't that simple anymore , infact I need to furl it in before doing that. Maybe , in a later stage , I'll provide a fast tensioner for the inner stay so I can take it out of the way when not using the storm jib. It's not that I didn't thought of that before I installed the stay , I read stories you see , but I think those fast tensioners are way overpriced. I know , I can still release the existing tensioner and find a way to hook it up onto a sidestay , which is done in most cases I was told. But what about making a fast tensioner myself , that would be fun.

To make and instal the mast tang - see Sailbleu's article at:

You can also see the original forum thread at: http://jeanneau.proboards.com/thread/2798/installing-inner-forestay-on-40ds